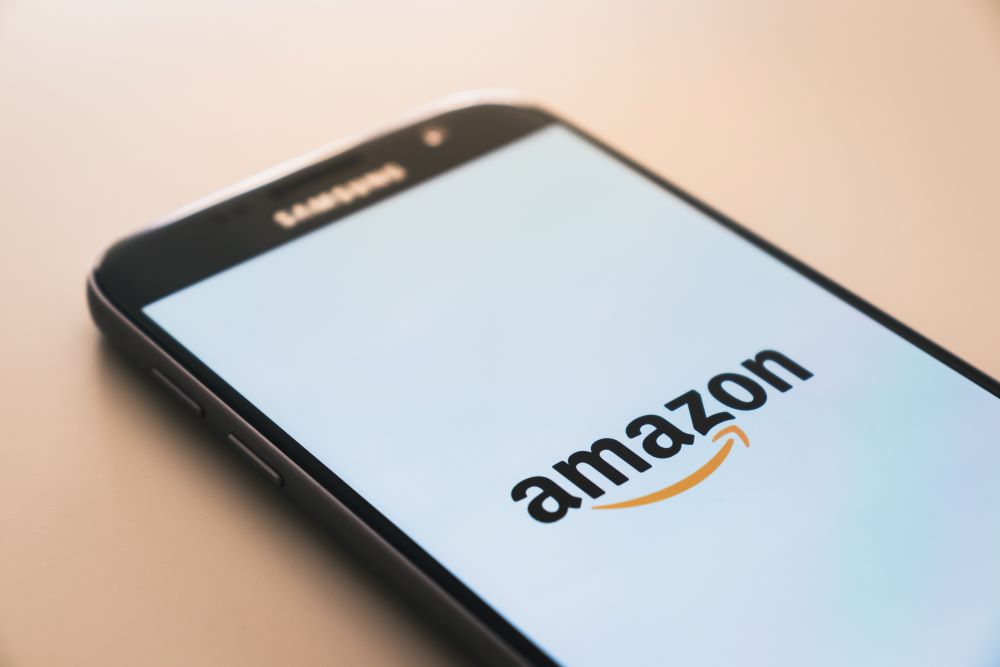 Amazon, Volatility, and the Virtue of Patience

At this point, saying that e-commerce is a long-term trend with substantial scope for further consumer adoption feels like stating the blindingly obvious. However, the interesting thing is that this ‘obvious’ statement has been true for all of the last decade, based on the low penetration of ecommerce as a percentage of addressable retail, particularly in the US.

The graph below shows the US Department of Commerce’s estimate of quarterly e-commerce sales as a percentage of total retail sales; this is estimated to be around 15% as at the end of the second quarter of 2020, coming from roughly 5% in the first quarter of 2011. Note the spikes in the red line occurring every year during the Christmas shopping season, which informs the general upwards trend in the seasonally adjusted blue line.

While one can argue with the precise definition of ‘retail sales’ and whether the ‘actual’ penetration is higher or lower, we absolutely think the trend illustrated by this chart is correct. Needless to say, we think it illustrates there is still substantial scope for e-commerce to grow as a percentage of overall retail spend.

Amazon has clearly been one of the main beneficiaries of this trend, but it has rarely looked cheap using the traditional P/E ratio at any point over the last decade. Looking at Amazon in 2010 (essentially, coming out of the GFC, but no longer seen as a dotcom-style fly-by-night business) the stock traded on an average forward P/E multiple of 44.1x (minimum: 32.3x, maximum: 54.4x, median: 43.7x), suggesting a very expensive business to those only focused on earnings.

Interestingly, in the very first Amazon shareholder letter (reviewing the performance of the business for 1997), Jeff Bezos wrote under the heading “It’s All About the Long Term”:

When forced to choose between optimizing the appearance of our GAAP accounting and maximizing the present value of future cash flows, we'll take the cash flows.

We believe that a focus on cash flows rather than accounting earnings is the correct way to evaluate a business, as this is the primary driver of intrinsic value. Seeing management agree on this count is always a tick in their favour, from our perspective.

On that basis, how does Amazon’s free cash flow compare with its accounting profits over time?

The chart above shows Amazon’s revenues – measured on the left-hand axis and indicated by the black bars – against net profit and free cash flow (defined here in its most basic form: cash from operations less capital expenditures) on the right hand axis. All amounts are in millions.

As can be seen, Amazon’s free cash flows have generally been higher than its accounting earnings for a long time. Admittedly, this is partly due to Amazon using stock-based compensation to reward staff. (As a practical matter, we believe free cash flow should be adjusted for this expense, even though it is technically a ‘non-cash’ item.)

However, to the investor focused only on the P/E ratio, the fact that Amazon was generating meaningful positive cash flows would not have been clear. Also, keep in mind that free cash flow (FCF) is a measure calculated after the investment requirements for both working and fixed capital has been satisfied, meaning some percentage of the cash generated has been reinvested in future growth. Worth noting is that Amazon was driving its growth without heavily accessing external funding in the equity or credit markets.

Put plainly, it was reasonably clear by the early 2010’s that Amazon had a powerful cash generative business, but it was choosing to reinvest these cash flows to drive future growth.

Thus, despite always having a ‘high’ P/E ratio, shareholder returns in Amazon have been strong. The chart below measures the price from 31 December 2009 to the end of September 2020 (the black line, using the left hand axis): a $1,000 investment has turned into an astonishing $23,407, meaning a compound annual rate of return of ~34%.

It also shows the forward P/E and P/FCF ratios (the red and beige lines) on the right axis. The forward P/E ratio peaked at a staggering 881x in February 2015, whilst the forward P/FCF ratio was at an elevated (but much less optically shocking) 61x at the same time. However, the simple forward P/FCF multiple has generally traded in a much lower range over the past decade, and even as low as a mid-20s multiple on several occasions. We acknowledge that using the most basic definition of free cash flow is too simplistic, but it illustrates the point we are trying to make: by only focusing on earnings and not cash flows, one has arguably missed several opportunities where the stock presented an attractive risk adjusted return at various points over the last decade.

That is not to say the ride has been smooth: the stock has been volatile. Since 2010, the stock suffered a drawdown of 10% or worse on more than 20 occasions, and a 20% drawdown on 9 occasions, by our calculations. (Put differently, as an Amazon shareholder, you were faced with a 20% drawdown almost once per year over the last decade). The ugliest decline, peak to trough, came in the final quarter of 2018, when the stock fell by roughly 34%. In fact, during the March 2020 market crash, the stock fell by roughly 22% (and quietly in September and October 2020, by roughly 16% and 12%, respectively.)

What should we make of all these data points?

Firstly, investors must deal with the reality that volatility is the psychological price paid to capture long-term returns. If one considers where 10-year government bond yields are at present – and the impact this has on discount rates – volatility is likely to remain high, as minute changes in forecasts or terminal growth assumptions can have a huge impact on price.

Secondly, having the patience to take a longer-term view can lead to better investment outcomes. There are structural and behavioural reasons why the market is frequently myopic when it comes to incorporating longer-term information into prices, largely to do with the incentives of many market participants looking to maximise short-term performance. Renowned US investor Pat Dorsey – who has added substantially to the body of literature on the economic moats of businesses – points out that being able to take a view on cash flow two years out is often enough of a ‘variant perception’ relative to the market focus on quarterly revenues and earnings to generate outperformance; he calls this effect ‘time-horizon arbitrage.’

Finally, it serves as a reminder that taking an owners’ perspective and looking to participate in the underlying cash returns on capital a business can generate is vital to long term investing success. What ultimately leads to value creation is the width of the moat underpinning excess economic profits. A business choosing to reinvest to widen the moat and capture future growth can look expensive on purely financial metrics. To understand whether this is the case requires qualitative assessment.

We fully concede that picking Amazon to illustrate these points is done with considerable hindsight bias. As with most things, it looks both simple and obvious in retrospect. However, as an investor, it is important to learn continuously, and if the last decade has taught us anything, it is that the patience to let the compounding effect take hold and the ability to live with the inevitable periods of market volatility is critical. As long as the businesses you own are competitively advantaged, well-managed, well-capitalised, operating in attractive and well-structured markets, and reinvesting in widening their economic moat, patience pays off.

Amazon during the pandemic

According to the US Department of Commerce, ecommerce grew by 44% year-over-year in the second quarter of 2020, the fastest rate since 2000, increasing ecommerce’s penetration to 15.1% of total US retail. In the case of Amazon, we believe the pull-forward in ecommerce demand will prove sustainable. We believe that certain categories of retail that have benefitted disproportionately from COVID – home furnishings or consumer electronics, for example – will see some return to physical stores once the world normalises, as consumers will likely still prefer to experience these goods first hand before purchase. Moreover, for these categories, the requirement of a repeat purchase next year is somewhat less likely, meaning that by the time consumers are again in the market for a new TV or sofa, physical retail settings are likely to be much more viable. Add to this, the surge that occurred for goods related to setting up a home office as the pandemic initially spread is unlikely to recur, and it is entirely feasible that growth in some of these ecommerce verticals may be weak in the 2021.

Conversely, smaller, repeat purchases – for example, in grocery or personal care categories – are much more likely to become part of the habitual household spending that shifts online. Food and beverage was the fastest growing US ecommerce category, growing 220% year-over-year in the second quarter. We believe the initial barrier of filling the weekly grocery basket online for the first time has been overcome by many consumers, and the convenience of conducting the weekly grocery shop online will see them continuing to do so.

Amazon continues to benefit from the re-allocation of consumer spending patterns, particularly in the US. Key to our thesis is that Amazon Prime members spend in higher amounts more frequently when shopping on Amazon. Hearing management confirm this trend remains firmly in place at the most recent results call would seem to indicate this part of the thesis continues to develop favourably.

The dramatic spike in consumer demand has driven higher utilization across Amazon’s fulfilment network, which has translated to greater cash generation. We expect Amazon will continue to reinvest the substantial amounts of cash it generates into further improving its logistics capability, enhancing the value of the Prime bundle, and ongoing geographic & category expansion.

The biggest risk we see for Amazon’s retail businesses lie in the huge amount of capital that is currently being invested into ‘solving’ logistics for ecommerce, whether by direct rivals (such as Walmart), other internet based ecommerce platforms (like Shopify) or 3rd party logistics providers. COVID-19 has forced all retailers to rapidly embrace online sales as a major channel, meaning consumers suddenly have a lot more choice than pre-pandemic.

When thinking about the capital cycle, the time of a step-change in supply often leads to increased competition; with all the logistics capacity being bought onstream, rivals with different business models could conceivably make inroads in aggregating some of the demand that Amazon would otherwise have ‘naturally’ captured over time.

We think this is the key risk to monitor over the next several months but believe that Amazon’s lead – particularly in the US – positions it well to continue capturing share of spend as consumers increasingly shop online.

This communication has been prepared by Aitken Investment Management Pty Ltd ABN 63 603 583 768, AFSL 473534. It is general information only and is not intended to provide you with financial advice or take into account your objectives, financial situation or needs. You should consider, with a financial adviser, whether the information is suitable for your circumstances. To the extent permitted by law, no liability is accepted for any loss or damage as a result of any reliance on this information. Past performance is not an indicator of future performance. The product disclosure statement (PDS) for the AIM Global High Conviction Fund, issued by The Trust Company (RE Services) Limited, should be considered before deciding whether to acquire or hold units in the fund. The PDS can be obtained by calling 02 8379 3700 or visiting www.aimfunds.com.au. No company in the Perpetual Group (Perpetual Limited ABN 86 000 431 827 and its subsidiaries) guarantees the performance of any fund or the return of an investor’s capital.