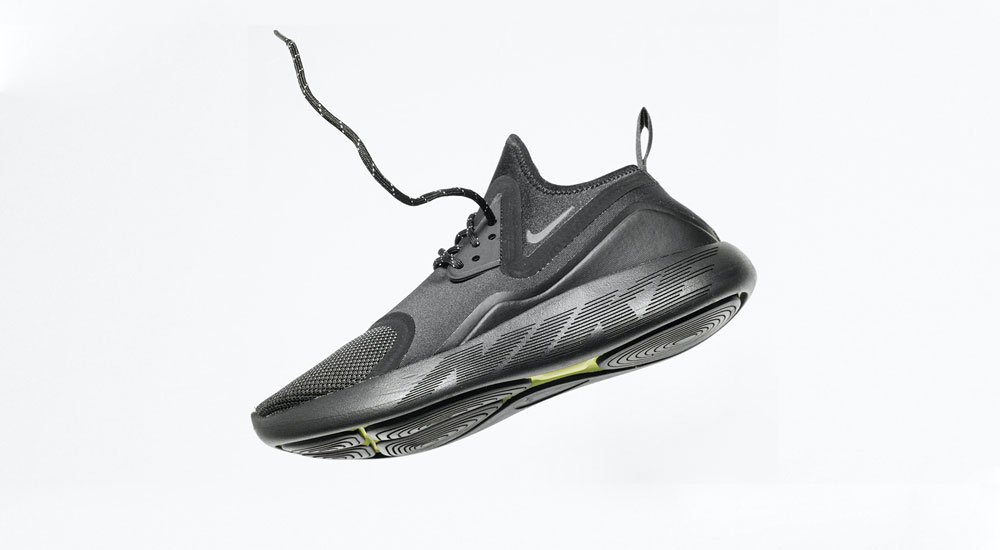 Nike: In the Starting Blocks

When considering companies for potential inclusion in the AIM Global High Conviction Fund, we are clear about the characteristics we look for: a proven track record of generating excess returns on capital and equity throughout a business cycle, superior cash conversion relative to accounting profits, a well-capitalised balance sheet, and modest to low volatility of sales growth.

From a non-financial perspective, we also investigate the industry structure to better understand the competitive landscape and intensity of competition, and explore the enablers of the competitive advantage that drives customer loyalty or pricing power.

Lastly, we try to find businesses that have exposure to a secular change taking place in the world, underpinning their ability to grow revenues.

In Nike, we believe we have found a business that meets our criteria for a quality long-term investment. Happily, Nike reported a very strong set of numbers to the market during the month of September, and the stock rallied strongly on the result. Management commented on the near-term outlook remaining positive, despite the increased macro-economic noise, and modestly raised their full-year profit guidance on improved margin expectations.

At its most fundamental level, we own Nike because we think it gives us exposure to three important secular shifts: the growing global focus on health and wellness, the increasing preference towards more casual dress styles among younger consumers, and the rapid transformation of the manufacturing and sales processes enabled by changes in technology.

Globally, the thinking on encouraging healthier lifestyles is gaining traction: partly because of the social and community aspects, but also because educators and health care policymakers have come to the realisation that a population encouraged to have healthy and active lives are less likely to be as big of a burden on the public medical system. Beyond the purely practical, evidence suggests that as disposable incomes grow, the desire – and ability – to live a healthier life converge, leading to greater sports participation, whether formal (such as joining a club or league) or informal. Professional sporting bodies are also contributing to this shift, as they have become far more adept at growing participation at grassroot-level among younger age groups.

Given the constructive outlook for increased sports participation, a trend towards more casual dressing, and a shift towards more healthy lifestyles, what makes us like Nike more than its competitors?

Firstly, we believe Nike has among the best brands in the athletic apparel and footwear category across all regions, consistently scoring exceptionally highly for brand awareness, perception and purchase intent. Nike – being several orders of magnitude larger than most of its competitors – have been excellent stewards of their brand, and have a storied history of partnering with and growing alongside some of the most famous sports personalities of the last several decades. (There’s a reason why the Jordan brand of basketball shoes often command a multiple of the official selling price in the sneaker resale market.)

In mid-2017, the company launched a focused campaign centred on 12 key cities around the globe, with the idea that serving these markets incredibly robustly will do more to enhance word of mouth and viral online marketing than only a traditional brand marketing campaign. The decision has handsomely paid off, as the robust upwards inflection in online engagement and sales growth since has proven.

Secondly, Nike has made substantial investments in product development and manufacturing techniques that we believe put them at a competitive advantage to their rivals, embracing the changes enabled by new technologies to enhance their manufacturing efficiency and increase speed-to-market. These changes largely focus on automation, using new materials, reducing wastage (and designing new products to be more efficient in terms of having less off-cuts or other wastage than was previously possible), and improved near- market sourcing. This latter point is especially relevant, given the impact of global tariffs. Nike management has actively worked to introduce flexibility into its supply chain ever since the threat of tariffs was raised several years ago, and we believe they have done more than most in terms of being able to reallocate manufacturing and supply to regions with less direct tariff risk.

Nike is also spending a substantial amount of money to introduce RFID – or Radio Frequency Identification – technology into its entire supply chain. This will not only allow the company to more accurately track and allocate supply, but also serve the purpose of more efficiently managing overall inventory levels.

Relative to competitors, Nike already has incredibly stable inventory levels throughout the year – reflecting, in our opinion, the less seasonal nature of demand for and more diversified range of Nike products. However, we believe the investment in further supply chain optimisation will allow for even more efficiency, ultimately freeing up more cash flow from being tied up in working capital.

Thirdly, Nike is embracing new technologies to build a more robust direct-to-consumer (DTC) sales channel. A few years ago, this largely comprised of sales through Nike-operated flagship stores around the world, but the company has aggressively expanded into building an e-commerce offering.

Increasing the DTC channel relative to the wholesale channel in the sales mix is beneficial at several levels, not least of which is that it allows Nike to better control the average selling price, avoid unnecessary discounting to clear inventory, and improves the realised retail price by avoiding the discount given to wholesalers. This price uplift supports gross margins.

Nike is leveraging digital channels to build a community of likeminded fitness enthusiasts, as well as improving ease of purchase while gathering deeper data insights, which in turn informs new design and inventory decisions. These three factors should continue to support the growth of the e-commerce DTC channel, and underpins our belief that there is substantial scope for further overall margin expansion as the channel matures.

Finally, Nike has been aggressive in building out its ability to appeal to consumers outside the US. With investments going back several decades, Nike has carefully stewarded its reputation as a brand that supports and understands local consumers, signing up local sports stars and building sponsorship relationships with local teams.

Nowhere is this more relevant than China, which is Nike’s fastest growing region. There is ample government support for endorsing health, wellness and increased physical activity, and the number of sporting events in China has increased substantially. Running – an activity with low barriers to participation – is seeing a huge surge in popularity. Given the strong demand in China, Nike plans to launch its NIKE app in China by the holidays, which should provide further scope for revenue growth to accelerate in the near-term.

The combination of all these factors has seen Nike deliver incredibly steady revenue growth for an extended period of time.

Despite a substantial channel oversupply issue in the US during 2017 – largely caused by wholesale distributors facing increasing disruption from e-commerce – Nike has enjoyed a period of remarkably stable revenue growth, averaging around 7% year-over-year. (Were it not for the ongoing strength of the US dollar over the period, the reported number would have been even higher).

In digging into the numbers, there’s certainly an aspect purely related to increased volumes and expanding distribution, but the real magic is the ongoing ability to modestly increase prices. To us, this pricing power is incredibly important, as it suggests Nike has truly differentiated its offering in consumers’ eyes.

Putting the pieces together

The convergence of a secular trend, combined with Nike’s unique brand and investments in design, manufacturing and distribution all translate to the company being a high-quality compounder, in our opinion. The balance sheet is amply capitalised, and even in the event of an economic slowdown, we think the company is well positioned to weather any near- term disruption.

What are the main risks to our investment case? We acknowledge there is always the near- term issue of a fashion miss, or a sports star (or team) signed with a rival performing better in any given season, leading to a sales shortfall. These risks are part and parcel of investing in the athletic apparel and footwear sector, and generally are buying opportunities for patient investors.

A more material risk to our thesis is a weakening of the secular shift towards healthier lifestyles. As a trend, it seems well embedded in younger consumers, but we acknowledge that any change to this outlook might impact the outlook for the business. We will continue to monitor this metric closely.

We also acknowledge that Nike ultimately sells a discretionary product to consumers. If a substantial global economic slowdown were to play out, growth would certainly be impacted in the near-term. However, we prefer to take the three-to-five year view, and given that we were fortunate enough to introduce the business into the fund with a reasonable margin of safety, we hope to protect the downside by being selective on the entry price we have paid.